Taking to the Sky to Manage Fugitive Emissions 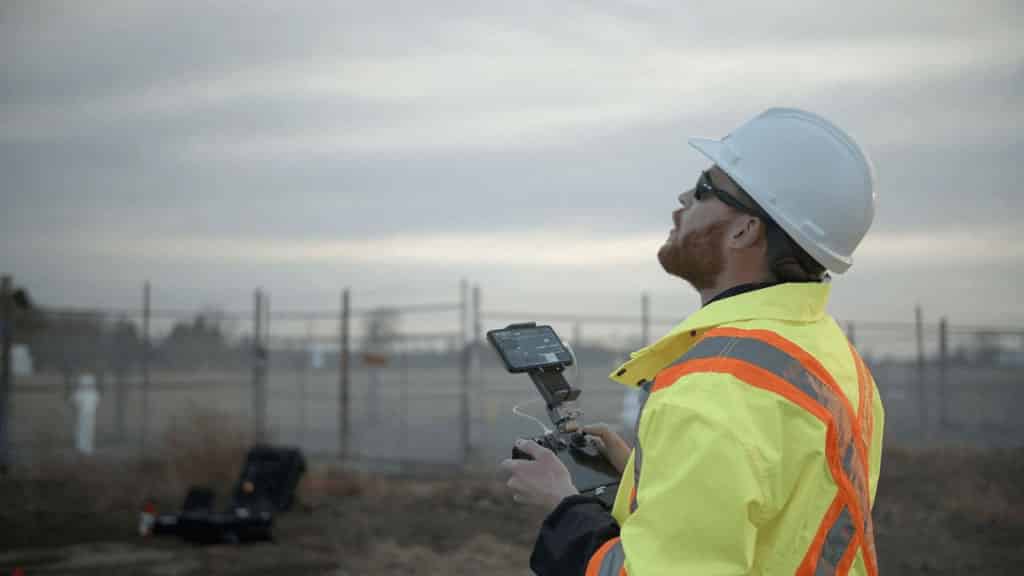 According to NASA, Methane gas traps heat 28 times more effectively than Carbon Dioxide over a 100-year timescale. The trapping of Carbon Dioxide is commonly referred to as the Greenhouse Gas effect – a term that has become universally known as the conversation around climate change, and global warming in particular, has evolved due to the role it plays in the warming of earth’s atmosphere and oceans.

Methane is one of the largest contributing factors of climate change, which is putting many animals and ecosystems at risk. Methane is a naturally occurring gas that is often released in wetlands, livestock, agriculture, and vegetation decomposition. However, in the last 200 years, Methane concentrations have more than doubled due to human activities. The impacts on climate change and global warming have been shown to cause Arctic and Antarctic permafrost to melt, which will release even more Methane – creating a self-perpetuating cycle.

Many governments across the world, both National and State/Provincial, are starting to realize the risks of not monitoring Methane emissions and are putting policies into place to regulate the volume of emissions and set targets to reduce future emissions. In Canada, the Oil and Gas industry has seen the development or amendment of both federal and provincial regulations to guide identification, quantification, and management of emissions. For example, changes to the Canadian Environmental Protection Act, 1999 and the development of the Alberta Energy Regulator’s (AER) Directive 60: Upstream Petroleum Industry Flaring, Incinerating, and Venting have put industry in a difficult position since safe, reliable, and cost-effective methods for identifying and quantifying emissions and risk have not been traditionally available – until now

One emerging solution to these concerns is drone-integrated methane detection. With the development and implementation of the AER Directive 60 guidelines last year, we recognized the need to provide an easily deployable, cost-effective solution to our clients. As a result, we were one of the first to respond with an aerial solution. As the first company in the world to use the U10 TDLAS Methane Sensor on a drone platform, we are able to quickly scan, identify, and locate potential leak sources – allowing our clients to address emissions concerns more quickly and effectively than ever.

By utilizing the drones GPS, obstacle detection system, and flight planning capabilities, we can plan a flight over a well head, pipeline, or operating facility and plot potential leak sources that have been detected using GPS location and site mapping. This allows the clients to report their leaks to any governing bodies, track carbon credits, and/or add it to their Leak Detection and Repair (LDAR) program. The U10 Methane sensor is aimed straight down while we fly overhead, typically at an elevation of 30-50 metres.

Once a leak is detected and GPS located, our ground crew can quantify the leak rate using an Optical Gas Imaging (OGI) Camera. This allows the clients to report their leaks to any governing bodies, track carbon credits, and add it to their Leak Detection and Repair (LDAR) program. Unfortunately, current OGI camera technology does not allow direct mounting to a drone platform, but as drone technology evolves the goal is to provide this imaging remotely.

The final step in the fugitive emissions program is tracking, managing, and reporting emissions data. To fully support our integrated-drone detection program, AltoMaxx has partnered with Lukla, which developed the CarbonAI program. CarbonAI is a Fugitive Emissions Dashboard for tracking any leaks found at a facility, assigns workflows to track repairs associated with the leak, and allows operations to maintain overall asset integrity.

Our drone data can be uploaded directly to the CarbonAI dashboard, which automatically logs the leak and creates required repair or maintenance tasks. Once quantification is complete and uploaded to the dashboard, it will display the flow rate and create an internal repair log for the emitting device. All leak data can then be exported to an easily readable format which can then be used for reporting to regulatory bodies.

The possibilities for drone-integration in detection and monitoring represent a new and ever-evolving technological advantage. Drones are helping to improve operations by providing faster, safer, and more reliable insights. So, whether you are looking to leverage drone support to protect and maintain your operational assets, or discover other applications for drone-based services, connect with us today to discover the possibilities and potential drones hold for your operations.

Want to know more about how we can help support your fugitive emissions program? Contact us today!